60% of office workers complain of neck and shoulder pain… A short movement break is what the doctor should order! One of the reasons for these complaints is that we sit in the same position for hours on end, and neglect to move our body into positions out of the ordinary.

In this post about Indian clubs, we are going to cover a bit of history, and touch on swinging styles and club design.
The term Indian clubs is actually a misnomer. Brits were stationed in India during the days of the East India company (1600-1874). During that time, they observed the locals swing wooden clubs as a form of exercise, and referred to those clubs as “Indian clubs”. Had they been stationed somewhere else, the clubs would be called something else!

Heavy Indian clubs have been used to build the powerful physiques of Kushti wrestlers. Until now, buying truly heavy Indian clubs has been a bit of a logistics challenge… Wooden and metal clubs above 10kg are a problem to ship due to size and weight restrictions. Not only that, but the buyer ends up paying a large shipping bill, or the manufacturer restricts shipping only to the country of manufacture. 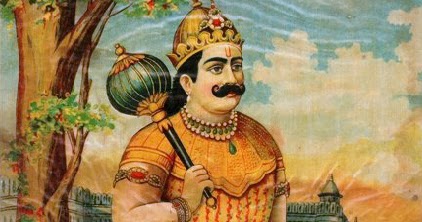 Problems related to a sedentary lifestyle are nothing new. The following parable about what Indian clubs can do for you was first published in a  magazine from the heydays of Indian clubs in the Western world, the late 1800’s.

An Oriental king, by the luxurious life of a palace had lost appetite for food, and relish for occupation or pleasure. At length, dreadfully weary of doing nothing, yet too weak of will to rise up and find something to do, he called his wise men about him, to prescribe a remedy for his evil condition.