Where to look when swinging Indian clubs? Some teaching systems have a black or white answer, but the truth is, ”it depends”, and you can always decide to do what feels best for you.

From my teaching experience, turning the head allows a natural rotation of the body, which helps beginners understand and perform smoother swings on certain exercises. However, when you are proficient at club swinging, you should be able to swing smoothly regardless if you turn your head or not.

As mentioned in a previous article, your eyes and inner ear affect balance.
Yes, you can absolutely swing Indian clubs while looking straight ahead. But I want to make a case for you to explore and expend your repertoire.

Beginners tend to focus intensively on their teacher, be it a live person or a video screen. And usually they keep looking straight ahead when practicing on their own. Yes, I made a broad generalization…

If it’s your case, instead of fixing a point straight ahead, allow your head to move and maintain the same orientation as your torso. This is a foolproof way of figuring out where to look when swinging Indian clubs.

In the Feldenkrais method, they have a saying like ” The head leads and the body follows”. You can observe it in babies rolling on the ground, and you most than likely actually do it without thinking.
Stand up and turn your head 90 degrees to the left. Your left shoulder and hips moved slightly in that same direction to as a result.
You don’t normally look to your right if you want to go left. You look in the direction you want to move to.

The benefits of turning the head while swinging Indian clubs

By following the clubs with the eyes or turning your head with the movements, you stimulate more of your brain and vestibular system, enhancing your brain’s plasticity. So that can be an important factor in deciding if you should follow the clubs with your eyes, or not.

When not to do it

If you discover that you get dizzy by turning your head from side to side, there is obviously an issue that needs to be addressed!
Like most things, it is possible to train this skill by starting slow and building up. Be warned, overcoming the comfort zone is hard work and uncomfortable.

When teaching Indian club classes with elderly people for example, I would advise some of them to pick a point of visual reference. I can’t work on every aspects at once with a group, so to keep the class moving, I compromise.

How quickly you can respond to new stimuli?

You can now maybe understand why whirling/ spinning exercises were practiced by warriors, and are still done today in the Iranian Zurkhaneh, a place where they maintain the ancient traditions.

Warriors had to face multiple opponents on the battle fields, and stay focused in the heat of battle on uneven terrain.
Becoming disoriented or dizzy could mean falling over, defeat or maybe hitting the wrong person.
If surrounded, some warriors would go into a whirling attack to take as many enemies before dying.

Granted, you may not need to go to battle, but you may need to play with your kids and keep up with them rolling on the floor etc…

And you probably remember how much fun it was to go on a merry go round without feeling like you’re about to throw up after 3 turns… Use it or loose it. You can start engaging your vestibular system with head/ eye movements today!

Put it to use when swinging clubs

As you learned above, challenging your vestibular system is good for your brain’s plasticity. So is learning new skills, which is one of the great benefits of club swinging. Endless combinations mean that there is always a new pattern to learn! See the video examples further down.

Research shows that locomotion appears to be linked to adult hippocampal neurogenesis (the creation of new brain cells). Neurons created throughout life in this brain region provide the functional backbone for learning and memory. Isn’t that great??

The richer your environment and the higher degrees of complexity of skills, the better stimulus and boost for your brain.

We touched on locomotion in a previous article. Obviously, when you move with your clubs, your eyes are also forced to shift focus, providing stimulus.

Let’s add locomotion and change of direction to Indian club exercises. A true challenge for your brain and body!

Pivoting 90 degrees changes the plane of motion of a swing.

Pivoting 180 degrees reverses the direction of a swing.

We cover the correct way to do this in our club swinging 104 videos.

Learn something new, it’s good for you!

We cover many of these challenging types of exercises in our Indian club challenge and Ace of clubs programs. 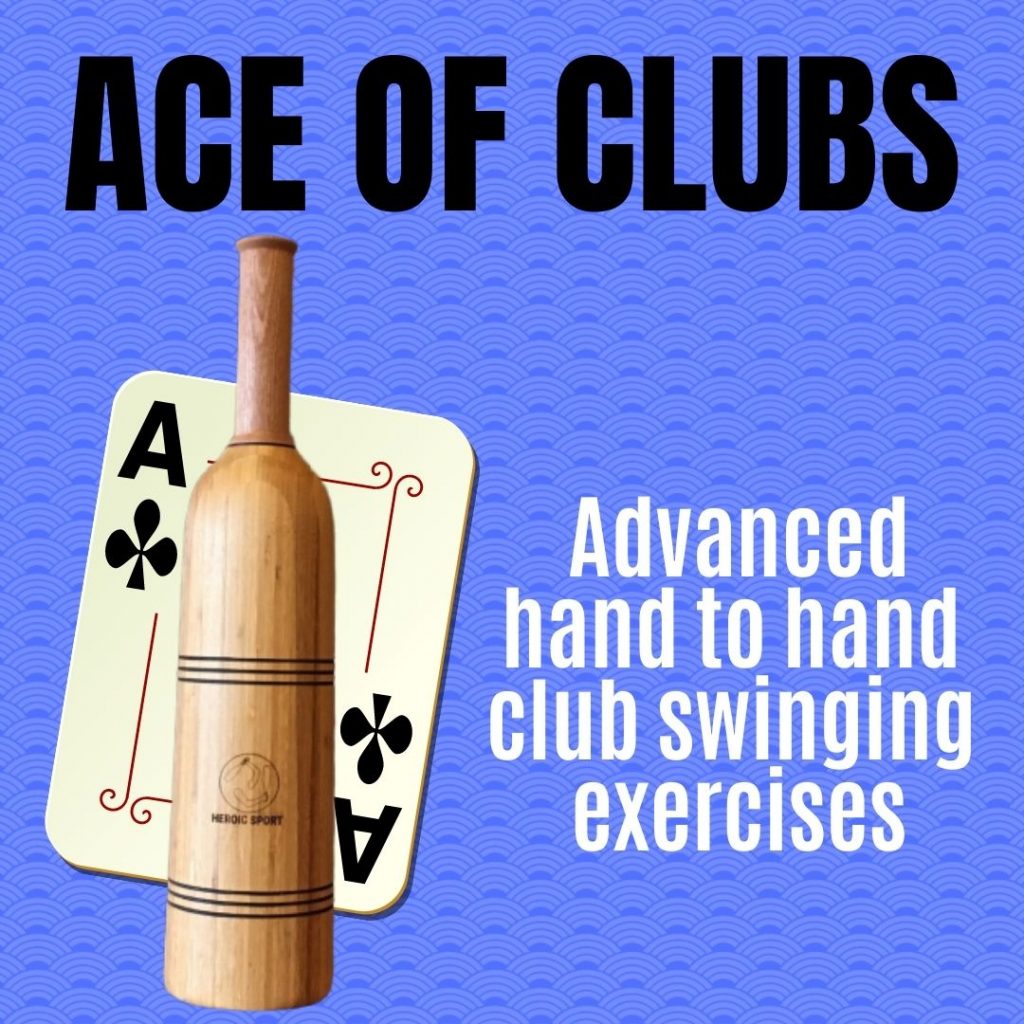 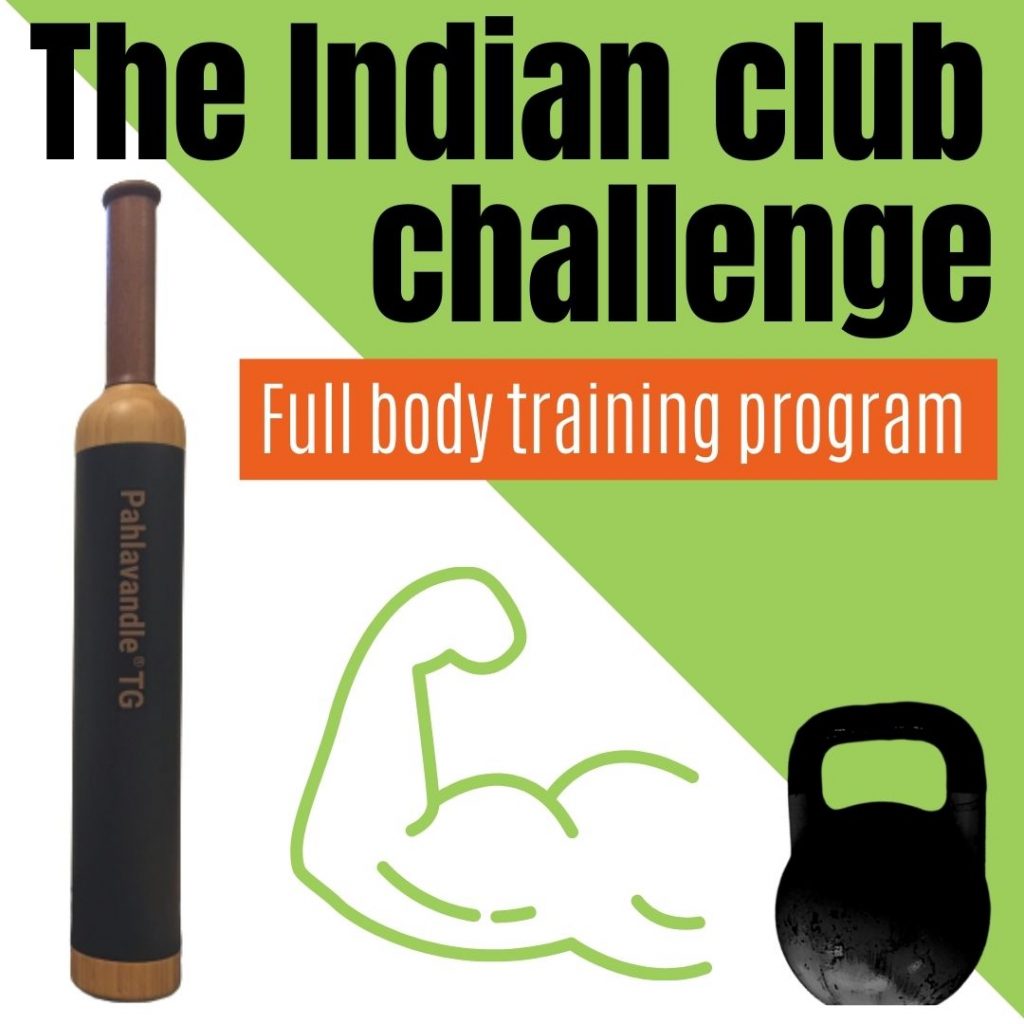